Let’s be thankful to have been blessed with the scales being removed from our eyes to see clearly …. As the world blindly celebrates pagan mythology and thoroughly breaks Yah’s first and second commandments . . .

“The idea of using the first day of January to mark the beginning of the new year dates back to time of Julius Caesar…..Even as the Julian calendar spread in popularity, some areas continued to use dates in March and September as New Year’s Day. …During the 1570s, Pope Gregory put the Gregorian calendar into effect, restoring Jan. 1 as the first day of the new year. This change in tradition wasn’t officially implemented by England until 1752. Up until then, England and the American colonies had celebrated the new year on March 25.” https://www.livescience.com/32913-why-does-the-new-year-start-on-january-1st.html 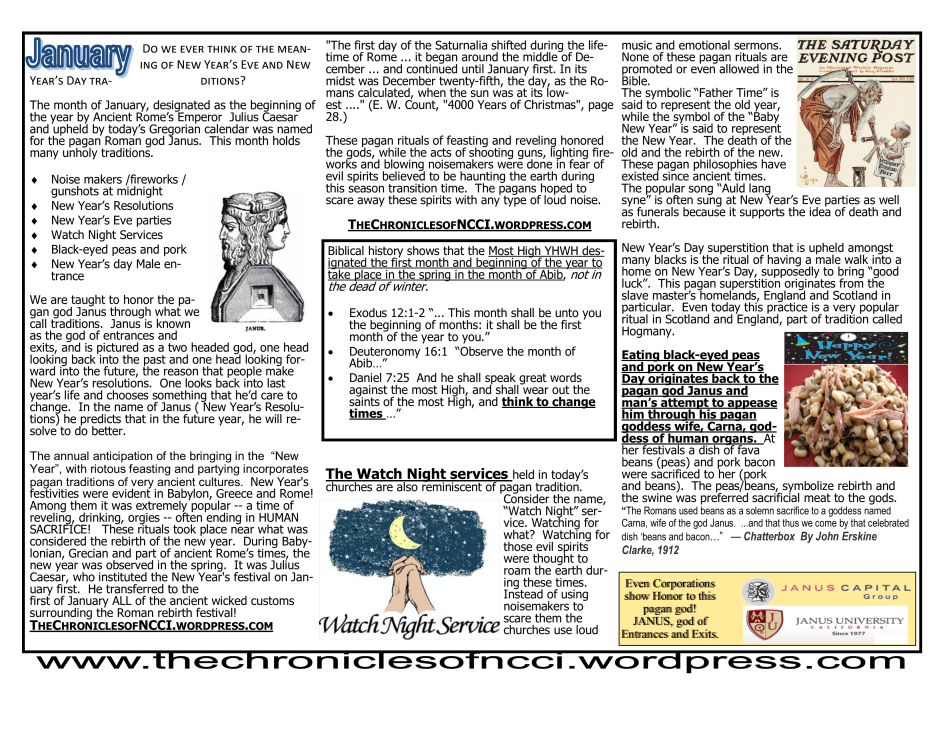 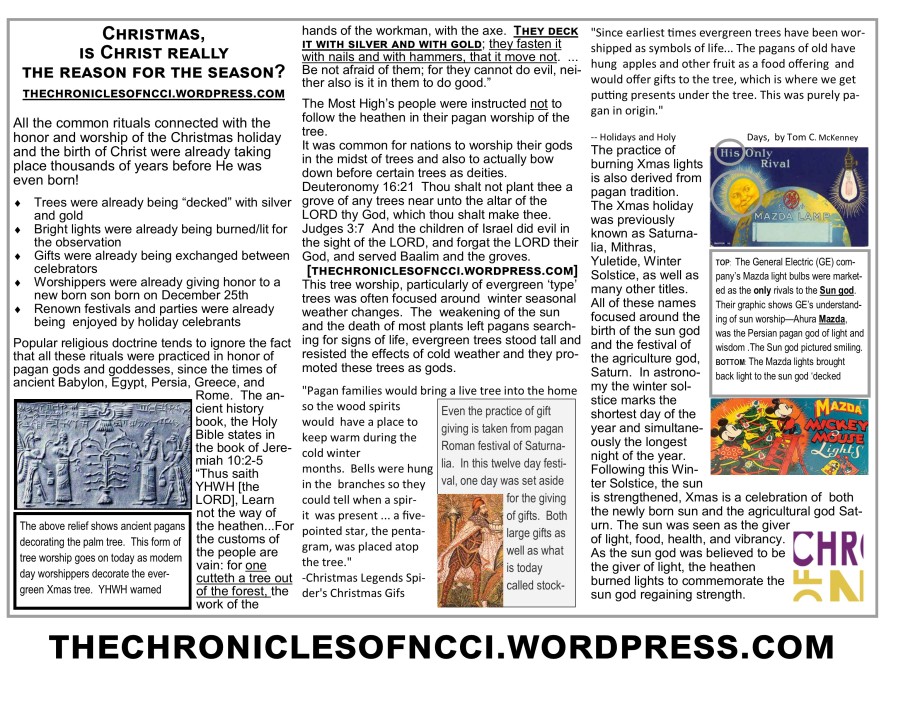 Xmas is NOT the birthday of the Messiah (Christ).  This 2-part program discusses the mythology Xmas and the truth of the Scriptures.

December 25th is NOT the birthday of the Messiah Yahshua.  December 25th is most closely connected to the time frame of the winter solstice, Saturn(Saturnalia), and Mithraism  — not the history documented in the Bible.  Follow the Hebrew calendar to understand. 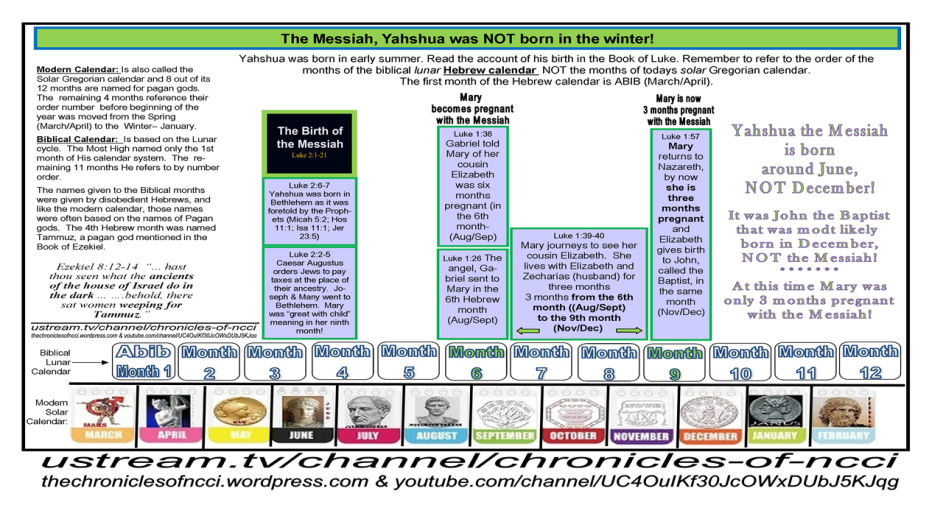 As we push thru this season filled with the spirit of delusion, consider even another aspect of the myth of Xmas – its connection and origin in the ancient pagan philosophy/religion of Mithraism:

Colossians 2:8  Beware lest any man spoil you through philosophy and vain deceit, after the tradition of men, after the rudiments of the world, and not after Christ. 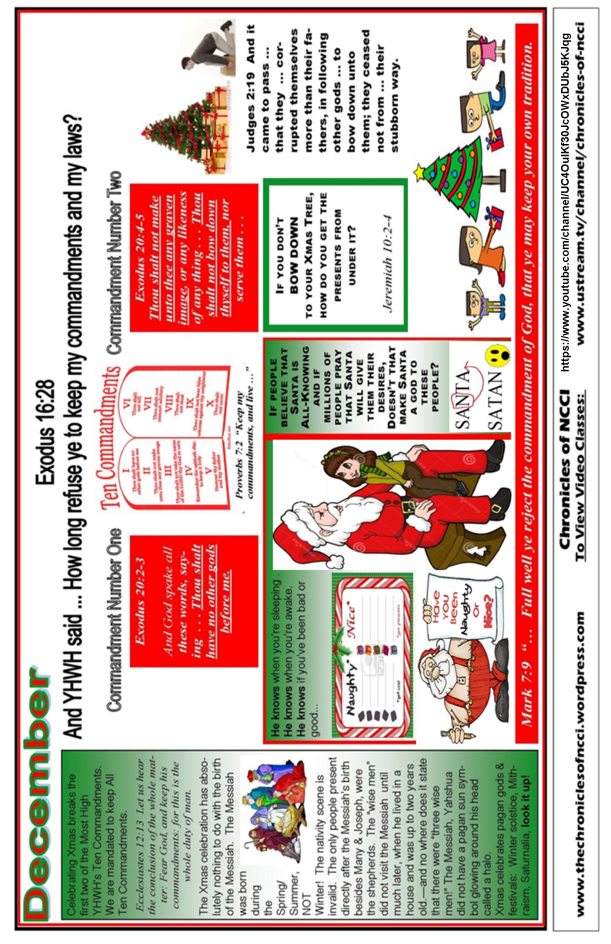 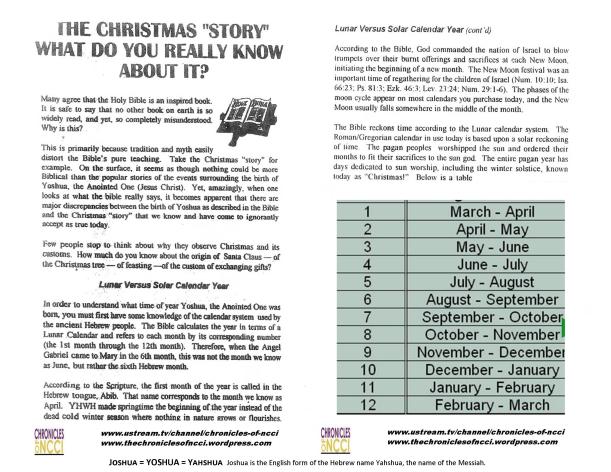 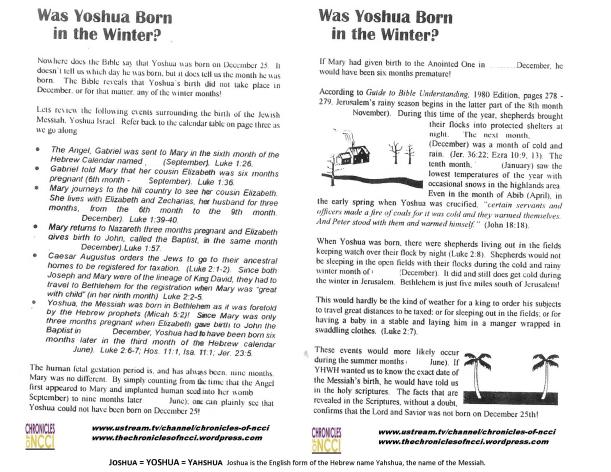